First, in collaboration with LifeNet Health 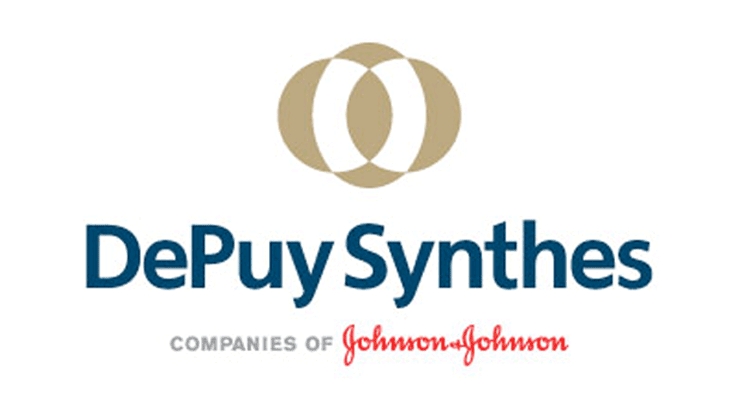 First, in collaboration with LifeNet Health, DePuy Synthes rolled out ViviGen Cellular Bone Matrix, a differentiated cellular allograft for the repair or reconstruction of musculoskeletal defects.

Spine surgeon Robert Masson, M.D., of the NeuroSpine Institute in Orlando, Fla., and a consultant to DePuy, was the first to implant ViviGen earlier this year.

“ViviGen is a unique addition to the cellular allograft market and represents a promising step forward in the field of bone regeneration,” said Masson.

ViviGen is a HCT/P (human cells, tissues, and cellular and tissue-based product) composed of cryopreserved live, viable cells within a cortical cancellous bone matrix and demineralized bone.
During the past four years, Virginia Beach, Va.-based LifeNet Health has conducted research to enable the processing of ViviGen to maintain cell viability, resulting in an acceptable alternative to autograft. ViviGen has been used in various spinal fusion surgeries since its initial availability.

LifeNet Health engineers and processes dental, cardiovascular, spinal and orthopedic bio-implants.
“The science behind ViviGen, combined with the intraoperative flexibility it provides, drove me to try it initially,” said Kennedy Yalamanchili, M.D., of Christiana Care Hospital in Newark, Del., which is one of several sites that recently has used ViviGen. “My experience early on has shown that ViviGen has desirable handling characteristics and is an appropriate alternative to taking the patient’s own bone for many of my spinal procedures.”

“Cellular allografts represent an exciting and fast-growing new category within the bone graft substitute market,” said Max Reinhardt, president, DePuy Synthes Spine. “We are pleased to expand the category with ViviGen, a product that together with our existing portfolio, provides a total procedural solution.”

ViviGen will be fully released in the United States in January 2015.

Additions to Implant Line
DePuy Synthes Spine launched Synapse Advanced enhancements, a collection of new implants and instruments for the Synapse platform, which is used for posterior stabilization of the upper spine. The enhancements are designed to provide more surgical options and enhance usability during posterior stabilization of the upper spine.

The company received clearance from the U.S. Food and Drug Administration to market the Synapse system and Expedium spine system together for the first time through the use of titanium dual-diameter rods. The clearance will provide surgeons with many more options for treating disease spanning the cervical region of the spine into the thoracic and lumbar regions.

Integra Launches its First DBM Implants for Posterior Lumbar Spine Fusion
Integra LifeSciences Holdings Corp. has rolled out, in a limited release, a new orthobiologic implant. The demineralized bone matrix (DBM) Strip implant primarily is used for posterior lumbar fusion, a surgical procedure intended to promote bone fusion along the posterior elements of the spine.
The product will be distributed by Integra’s IsoTis OrthoBiologics subsidiary. It was featured during the recent North American Spine Society annual meeting held in San Francisco, Calif.

Available in two forms, the Integra Shaped Strip and Integra Pocket Strip are 100 percent human allograft, providing a natural biologic scaffold with verified osteoinductive (bone growth) potential, according to the company. The implant features a deep recess designed to accommodate placement of additional graft material. When hydrated, the graft is pliable, maintains integrity upon irrigation, and can be contoured to varying patient anatomies.

“We’re very excited to add these new implants to Integra’s orthobiologic product portfolio. This not only addresses an identified market need, but is Integra’s first DBM implant designed for a specific surgical procedure. The new implant also expands our biologics footprint and strengthens our overall position in the spine market,” said John Winge, vice president of Integra’s U.S. spine sales.

The company recently announced plans to spin off its spine business to create a new publicly traded company called SeaSpine—the name of a former acquisition—focused on spine hardware and orthobiologics. (More details on the spinoff are included in News Front).

HipGrid is a non-invasive measurement system surgeons can use for intraoperative assessment of implant position and restoration of anatomic alignment. With HipGrid, used with a low-dose X-ray machine, surgeons are able to visualize and quantify where the implants are positioned in relation to key anatomical landmarks while operating. According to the company, because the system is easy to use and requires minimal setup, it offers a way to improve both costs and accuracy in today’s accountable care environment.

A published, independent study from the University of Utah concluded that HipGrid reduced operating time and improved implant position, which may improve long-term outcomes and help reduce the incidence of leg length inequality after THR.

The technology recently was introduced at the International Congress for Joint Reconstruction in Houston, Texas, and has successfully been used in more than 1,000 surgeries nationwide, the company reported.

“What I like about OrthoGrid, is that it is not dependent on electronics. It works all the time. OrthoGrid is a navigation that is perfect for surgeons and hospitals who can’t or won’t purchase expensive technology,” Stefan Kreuzer, M.D., of Memorial Bone and Joint Clinic in Houston, said during a live surgery comparing HipGrid to a computer-assisted surgery system.

HipGrid is approved by the U.S. Food and Drug Administration as a Class I medical device. It works with standard C-arms available in most operating rooms. Orthopedic surgeons may choose from two distinct grid patterns, HipGrid Teardrop Target (9-inch) device or HipGrid Teardrop Vector (12-inch) device, based on surgical and fluoroscopic preference.

The 3Denim portfolio consists of the 3Demin boats, 3Demin strips, and 3Demin cortical fibers. The family of osteoinductive, demineralized bone allografts is part of an ongoing expansion of Bacterin’s orthopedic product offering. The boats and strips can be used as stand-alone bone grafts or in combination with autologous bone in a variety of spinal fusion applications.

The 3Demin cortical fibers were the first product released in the 3Demin product family, and the second new product launched this year. The allografts may be used in a number of orthopedic and reconstructive applications, particularly spinal procedures. The fibers are demineralized using Bacterin’s processing technology and heal bone via regenerative properties.

Bacterin’s products are used in various applications including spinal fusion surgery, back pain relief, promotion of bone growth in foot and ankle surgery, promotion of cranial healing following neurosurgery and subchondral repair in knee and other joint surgeries.