Launching ODT: A Look Back

In anticipation of ODT's 15th anniversary, I took time to speak with the only two members of the team who were around at the time of its birth. 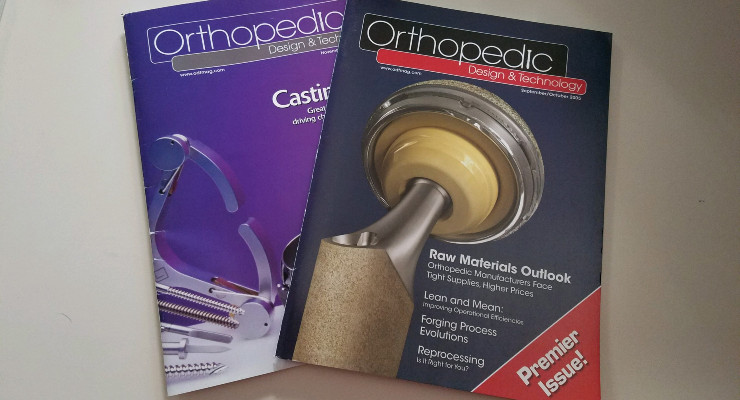 In anticipation of this issue of ODT celebrating the 15th anniversary of the publication, I took time to speak with the only two members of the team who were around at the time of its birth—Publisher Howard Revitch and Associate Publisher Mark Weeks.

One day in early 2005, Rodman “Rod” Zilenziger Jr., president of Rodman Publishing (now Rodman Media) walked into Howard’s office and revealed he was interested in launching another publication in the medtech space. At the time, MPO was only a couple years old, but had caught on quickly with the industry. Zilenziger was hoping to duplicate that success. And that was it; it was now on Howard, Mark, and the rest of the team to determine what this new publication would look like, what the scope of coverage would be, and who the competition was.

“The orthopedic device community was underserved in terms of editorial coverage,” added Weeks. “We saw an opportunity to provide an informational resource that would be similar to MPO, but cover more of the technical—the design engineering side—as well.”

As a result, the concept for Orthopedic Design & Manufacturing (what would have been the original name of the publication) was developed. The wheels were set in motion and the evolution happened rapidly as Zilenziger had proposed an incredibly tight launch timeframe. The September/October issue was identified to be the debut issue.

“We changed the name to Orthopedic Design & Technology because we thought it would be more inclusive of the entire orthopedic industry. It better represented what we wanted this magazine to be and what we wanted it to cover,” said Revitch.

Both Revitch and Weeks were excited to attend the annual meeting of the American Academy of Orthopaedic Surgeons that year (and every year since…except 2020, of course) and later, the North American Spine Society’s annual meeting. “It was great to see such a well-established community that already existed for the orthopedic segment. We were excited to join it, but we knew we were outsiders looking to break through,” recalled Revitch. “We had to be sure to provide them with a quality product they wanted to read that covered trends and technologies that mattered to them specifically.”

Unfortunately, not everything went smoothly during the magazine’s launch. ODT’s lead editor (who held the same title on MPO as well) announced internally he would be leaving the company just days after the magazine would be sent to the printer. “I remember encountering some challenges with the editorial in that second issue,” admitted Revitch, with a smirk. “We had to do a little scrambling for that one.”

Looking closer at those first two issues, I was interested to see exactly what was making headlines in ODT 15 years ago. In the debut issue, I was immediately struck by some familiar topics and trends.
Materials were a focus, as was operational efficiency—both of which are still prominent in today’s ODT. A contributing author made the case for OEMs to consider using a third party for reprocessing products following surgical procedures. In addition, another contributor warned of potential attention getting paid to “ethical consulting accords”—specifically, the relationship between orthopedic device manufacturers and physicians.

The second issue of 2005 surprised me when I saw “Robotics Making Head Way” as one of the features. I should have realized the article wouldn’t be referring to surgical robots, but rather the growing use of automation on the production floor. Elsewhere in the issue, one columnist penned “…reimbursement is the toughest challenge for a struggling technology.” This rings true today, and I’d go further to say reimbursement is the toughest challenge for an emerging technology as well.

While it was easy to identify the topics still relevant today, it was the omissions that really stood out when compared with today’s ODT. No mentions of biologics, robotic-assisted surgery, patient-specific implants, additive manufacturing, smart implants, or any of the other innovations we cover. For an industry that’s often viewed as being behind on innovation compared to other medical device sectors, comparing these early issues to today’s marketplace makes it crystal clear just how dynamic this industry can be.

I can’t wait to see what the next 15 years bring and what technologies emerge to dominate this industry. Feel free to reach out and let me know what you expect. 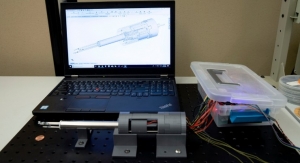