According to Northwell Health, as of 2016 rheumatoid arthritis (RA) affects 1.3 million adults in the U.S. And despite billions of dollars spent annually treating the disease, there has yet to be a therapeutic agent able to universally relieve the joint pain and inflammation that characterize the chronic and often disabling disease. Treatments targeting tumor necrosis factor (TNF)—a molecule that precipitates inflammation—has found relief for some RA patients, but is ineffective for about half of those suffering from RA.

Vagus nerve stimulators have been used to treat epilepsy that is unresponsive to medication, but may also bring about welcome relief for RA patients. Initial studies have shown that TNF production can be inhibited by stimulating the vagus nerve, forming the basis for a 2016 study published in the Proceedings of the National Academy of Science (PNAS), led by the Feinstein Institute for Medical Research, the Academic Medical Center at the University of Amsterdam, and medical technology company SetPoint Medical.

During the study, 17 patients received implanted vagus nerve stimulators. Each device’s degree of stimulation was tailored to consider individual patients’ tolerances, and delivered a small amount of electrical current to the vagus nerve for 60 seconds, four times daily. At 42 days, TNF production was found to be dramatically reduced, improving the RA symptoms of tender and swollen joints, patients’ assessments of pain, physicians’ evaluations of patients, and C-reactive protein levels. At 84 days, TNF production was further impeded and symptom severity slashed, even in patients whose RA had not responded to any other therapies.

Based on this study, in December of last year, SetPoint Medical, a Santa Clarita, Calif.-based clinical-stage biomedical technology company developing an implantable bioelectronic medicine therapy for chronic inflammatory diseases, was granted Investigational Device Exemption (IDE) approval from the FDA to commence a pilot trial in the U.S. for patients with drug refractory RA.

“We are ready to build on the published positive data from our earlier first-in-human proof-of-concept study of bioelectronic therapy in RA, which significantly improved measures of RA disease activity in this difficult-to-treat patient population and also inhibited cytokine production,” David Chernoff, M.D., chief medical officer of SetPoint Medical, said in a company announcement detailing the FDA approval. “The new trial will evaluate SetPoint’s advanced generation proprietary miniaturized, rechargeable wireless implanted device. This novel device will be used to stimulate the vagus nerve in order to activate the efferent arm of the Inflammatory Reflex known as the Cholinergic Anti-inflammatory Pathway (CAP).”

The pilot trial for SetPoint’s bioelectronic therapy for drug refractory RA began in late March. It aims to assess the safety and efficacy of the company’s device in adult patients with RA who are inadequately responsive to multiple biologic agents.

“Despite the effectiveness of biologic and targeted agents for the treatment of rheumatoid arthritis, many patients either do not respond, lose therapeutic response, or are intolerant to these agents,” Mark C. Genovese, M.D., principal investigator and the James W. Raitt professor of Medicine and director of the Rheumatology Clinic in the Division of Immunology and Rheumatology at Stanford University Medical Center, said in a statement announcing the pilot trial’s launch. “There remains a real need to develop alternative therapeutic approaches for the treatment of patients with drug refractory disease. Bioelectronic medicine represents a novel and promising approach for patients who need other options for treatment of their rheumatoid arthritis.”

Bioelectronic medicines (also known as electroceuticals or neuromodulation) like SetPoint’s implantable vagus nerve stimulator may prove to be a healthier and lower-cost alternative to drug therapy for treating chronic inflammatory diseases. The implanted system is meant to last 10 years, freeing patients from routine injections or pills and reducing the risks and hefty cost associated with traditional biologic treatments. It can benefit physicians as a novel and less costly alternative for RA patients, and payors as well can reap the benefit of improved patient lives while potentially decreasing the cost of treatment by half or more.

Electroceuticals may be the most promising and fastest-growing alternative to drugs. According to the Boston Globe, the field has attracted over $1 billion of investment over the past three years—including both startups like SetPoint as well as pharmaceutical and medtech heavyweights like Boston Scientific Corp., GSK, Medtronic plc, and Google’s parent company Alphabet. SetPoint Medical itself has also accrued investment money from Boston Scientific, GSK, and Medtronic, as well as from investors Morgenthaler Ventures, NEA, and Topspin Partners.

SetPoint’s platform consists of an implantable microregulator, wireless charger, and iPad prescription pad application. The company plans to expand its bioelectronics platform for therapies to target other chronic inflammatory diseases outside of the orthopedic space as well, including Crohn’s disease.

“I have conducted more than 100 clinical trials, and it is incredibly exciting to be the first center in the U.S. to enroll a subject in this trial of SetPoint Medical’s bioelectronic modulation system for the treatment of patients with rheumatoid arthritis who have had inadequate responses to multiple treatments,” said Norman Gaylis, M.D., MACR, FACP, nationally recognized rheumatologist and CEO of clinical research organization AARDS Research Inc. “The opportunity to try a completely different therapeutic approach for my RA patients will hopefully lead to another treatment option for this very debilitating disease.”
Related Searches
Suggested For You 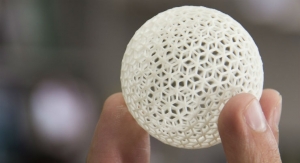 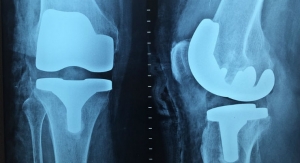 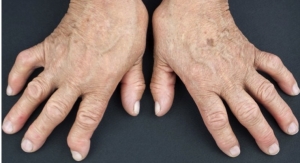 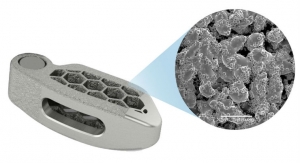 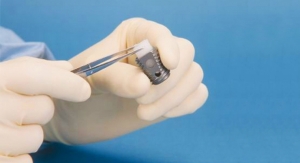 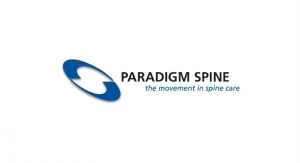 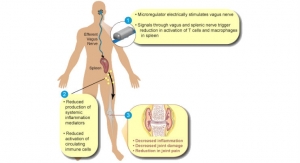 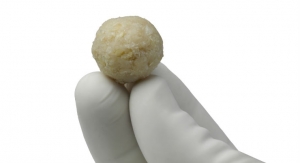 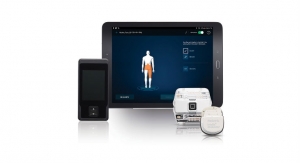