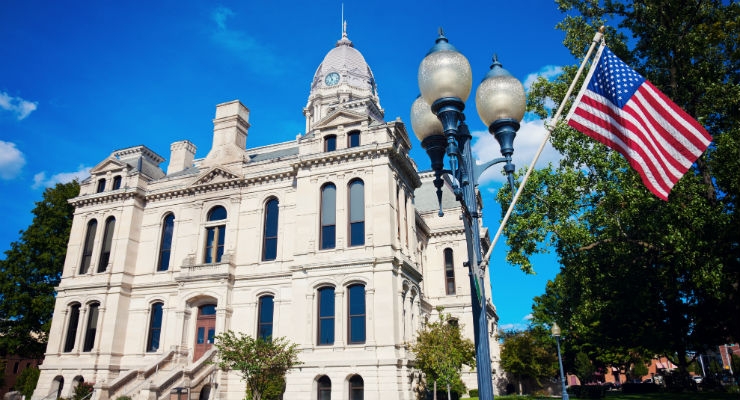 It’s hard to believe that it’s been more than two years since a series of major acquisitions swept across the medical technology landscape during the first six months of 2014. In April that year, Zimmer Holdings Inc. announced the acquisition of cross-town orthopedic implant rival Biomet Inc. in a $14 billion cash and stock transaction. Less than two months later, Medtronic Inc. and Covidien plc surprised the medical device community by announcing their own $42.9 billion merger.

In retrospect, neither deal should have been a surprise. Two years earlier, Johnson & Johnson’s DePuy franchise acquired Synthes Inc. for roughly $21 billion, creating the largest global musculoskeletal device company. And, rumors were swirling for much of 2014 that Stryker Corp., or maybe Medtronic, would acquire Smith & Nephew plc. In fact, for much of the past decade, medical device companies have reshaped their businesses through acquisitions, divestitures, and portfolio realignment. But in 2014, these discussions reached a fever pitch; multiple pharmaceutical and device firms announced transactions to gain scale and potentially tap cash “trapped” offshore through so-called tax inversions.

While the potential tax-inversion benefits ultimately hit regulatory roadblocks, medical device firms continued to evaluate multiple non-organic approaches to gain the necessary scale to offset declining pricing power in the market. The subhead to Orthopedic Design & Technology’s 2014 feature on the top 10 orthopedic device firms captured the strategy quite succinctly, noting, “The orthopedic industry’s largest firms adapt to new market realities to survive on top.” In the face of the Affordable Care Act, payers and providers had rapidly consolidated, thus gaining price leverage with firms like Zimmer and Medtronic.

In covering Zimmer specifically, ODT echoed the above sentiment through various comments from industry analysts. Mike Matson, then at Needham & Co., stated, “There are a lot of cost savings to be had and the scale should provide an advantage as their customers, hospitals, and insurance companies go through waves of consolidation.” Jason McGorman at Bloomberg said the deal gives Zimmer “some leverage when they go to hospitals, and helps them compete,” while Michael Weinstein with J.P. Morgan claimed the merger “further consolidates an industry that has been lacking in pricing power for the past decade. Zimmer is stronger as a result of the transaction—both competitively and relative to a customer base that continues to consolidate and gain leverage over the surgeon.”

For its part, Zimmer framed the transaction slightly differently, titling its investor presentation on the deal “Combination Creates Leading Innovator in the Musculoskeletal Industry.” While not explicitly addressing the scale motivation outlined above, management did seem to touch on this aspect, as the presentation covered the strategic rationale for the transaction: Halfway through the same presentation, transaction synergies took center stage. Like many other large transactions across all industries, Zimmer made the valuation it placed on Biomet work, in part, through setting aggressive synergy targets. The two companies outlined more than $270 million in annual savings to be fully achieved within three years of the transaction. The deal is not unique in its pursuit of such a high level of cost-savings from the combined entities; whether from a seller or buyer perspective, the mention of specific transaction synergies is almost always mentioned in describing a merger transaction. What was unique in this particular deal, however, was that two companies shared an overlapping corporate history, were headquartered only a few miles apart in Warsaw, Ind., and combined, had more than 2 million square feet of corporate and manufacturing facilities in the town of roughly 14,000 people.

Sometimes cost synergies can make a deal work financially; often they are the strategic justification for pulling the trigger—the classic one plus one equals something greater than two. In medical technology transactions, operational synergies are pervasive, and their impact on manufacturing operations and the medical product outsourcing universe are real.

In the Zimmer/Biomet transaction, management ultimately increased its net synergy target to $350 million, but on a percentage basis, the target was still similar to other deals announced around the same time. In each transaction, the specific language used to describe the areas of expected cost savings became a bit blurred. However, from back-office redundancies and facility optimization to a shift to lower-cost regions, all functional areas have been outlined as opportunities to achieve meaningful transaction synergies. In Zimmer’s case, most of the synergy savings were expected to come from “disciplined expense management, advanced manufacturing, and streamlined logistics.”  Specific areas highlighted included: It wasn’t necessarily the synergy targets that led The Wall Street Journal to deem the transaction as the “The Deal That Shook Warsaw,” or the city’s local newspaper, Elkhart Truth, to equate it to an “orthopedic earthquake.” While the cuts required to hit those synergy targets would be acutely felt around the organizations, the broader concerns were whether the two distinct cultures could truly be integrated, and whether the transaction would be the tipping point to drive much deeper cost-cutting initiatives. As an orthopedic executive noted to the Journal, “Biomet employees often wear jeans to work, whereas Zimmer’s corporate reputation is “suit and ties.”

The story of Biomet’s founding is well known in Warsaw. In 1975 while sailing together, Dane Miller, then the director of biomedical engineering at Zimmer, and his friend and co-worker Jerry Ferguson, began talking about their mutual dissatisfaction with the orthopedic industry’s stifling corporate culture.  Two years later, after bringing in partners Niles Noblitt and Ray Haroff, and all of their wives, Biomet began operations in a converted barn down the street from Zimmer. The founders invested everything they owned in starting the company, and even after Biomet went public in the early 1980s, the small group took on any task to ensure the company was successful. The founders built an entrepreneurial culture where employees were owners and were directly rewarded by the company’s financial performance.

Although Zimmer was also considered an entrepreneurial organization, the story of Biomet’s founding led to a dynamic throughout Warsaw where the view of Zimmer’s and Biomet’s cultures often became as distinct as jeans vs. suits. Executives and employees would leave one organization for the other as they regarded the culture and career opportunities to be much better “down the street.” And now the two companies were becoming one.

In the 15 months since the mega-merger’s closing on June 24, 2015, management has worked very hard to be cognizant of these differences and build on the best of both companies. Early integration teams ballooned to almost 250 people, but importantly, employees of both companies were equally represented. Today, the organizational structure blends leadership from both legacy Zimmer and Biomet organizations and is focused on leveraging the best practices of each across the company. In many business units, sales force integration plans have met primary milestones ahead of schedule and the vision for a customer-first sales culture is generally on track. These conclusions, of course, are strictly my own from an outside perspective; I’m sure many representatives within the organization view things slightly differently but on balance, the integration and goal of building on two distinct cultures seems to be progressing.

From a synergy perspective, the company accelerated its first year target to $155 million but has not changed its overall target of $350 million. While such initiatives do ultimately impact employees—as has been the case with the closing of Zimmer Dental’s facilities in Carlsbad, Calif.—fears of “the next shoe dropping” have generally not come to fruition. Unlike Medtronic, which announced far-reaching cost-cutting initiatives after acquiring Covidien, Zimmer Biomet has yet to focus on such cuts; long-term guidance outlined at the JP Morgan Healthcare conference earlier this year included only minor COGS (cost of goods sold) and SG&A (selling, general, and administrative) efficiencies through 2020.

Perhaps most impactful to the industry, and Warsaw, has been the company’s drive to focus on another strategic driver of the transaction—accelerating the pipeline of clinically relevant solutions. In the last 12 months, Zimmer Biomet has been on a bit of an acquisition streak as the company seeks to broaden its product and technology portfolio across all business units.  Specific deals include: Time will tell whether these acquisitions will ultimately provide revenue growth across the business. As more time passes since the deal’s closing, there is always a chance the synergy targets will expand. But currently, Zimmer Biomet seems to be moving in the right direction with only minor tremors felt in Warsaw.

As David Dvorak stated in the company’s most recent earnings call, “Our top line performance, coupled with the ongoing capture of operational synergies, supported investments into strategic growth drivers, while delivering adjusted earnings per share above our guidance range. We will continue to execute on commercial opportunities across our broad portfolio in the second half of the year, as well as expand our clinical offerings with differentiated new technologies, services, and solutions.”

Bryan Hughes is a director of PMCF and leads the firm’s medical technology team. His practice focuses on assisting clients with mergers and acquisitions, leveraged buyouts, private placements, financings, valuation and strategic consulting. His clients have ranged from global medical technology companies to small, privately held businesses. In addition to leading the firm’s medical technology team, Hughes also has completed transactions in the business services, consumer and industrial sectors. He has written numerous articles and is a frequent speaker on healthcare investment banking topics. Hughes earned a BBA with an emphasis in finance from the Stephen M. Ross School of Business at the University of Michigan.
Related Searches